I am looking for guidance.

I want to have a graph of the users’ presence in the house displaying on my main dashboard. (CF artistic drawing below). 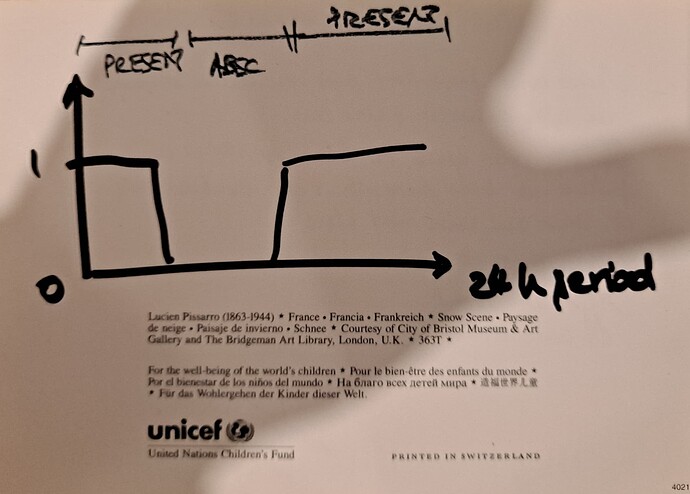 What is the best way to achieve this?

Edit: go easy on the Unicef card, it’s the only piece of paper I had around

Hello @theodore ! It’s a feature we don’t have right now

Right now, we don’t have any presence history, Gladys only keeps the current presence state, but we don’t store anywhere the past data.

So it’s a full development:

You can maybe create a feature request so it’s listed somewhere?

Dagnam it, you’re going to think I’m super demanding! :’)
I will log it in the feature requests for your benefit only.

)
Got it?
Very nice postcard

Other possible workaround: use of Node-Red connected to Gladys.

Thank you, I’ll look into Noe-Red as well. Both MQTT and Node-Red are new for me but I’m excited to get into it.

@lmilcent I don’t see why Node-RED is useful for this.

But it won’t be pretty on the dashboard, as Gladys agregate data, the data will look like a graph it’ll not be very useful

Oh yes indeed! But only if the fake device is a binary type (on/off). Else the scene cannot set a temperature on a fake device as far as I know.

Rectification for that solution:

That worked as well, until my wife left her keys in a hotel in Denmark